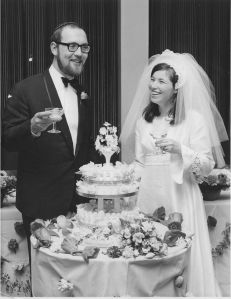 Today in a year’s time – Covid-19 permitting – OH (other half) and I will be celebrating our 50th wedding anniversary.

Our plans – like everyone’s for now – are on hold.

Today we will celebrate by going for a walk – just for a change! We have also ordered some food to be delivered – a first for us in 49 years of marriage!

In all these years we have had some wonderful, unforgettable holidays.  The one that is unforgettable for all the wrong reasons is our honeymoon.

We spent it in Corsica on a Horizon holiday package tour.  The hotel in Calvi was like something out of Fawlty Towers.  All the guests were elderly, very genteel and English. We were by far the youngest people there.

We had booked a double bedroom (as you would on your honeymoon) only to find we had been given a room with twin beds.  We had asked for a sea view but instead found we had an inland view of the chateau.  Another couple, seeing our disappointment, very kindly offered to swap rooms with us.  Afterwards we realised why.  Yes, we had a sea view but we also had a view of all the hotel restaurant staff sunning themselves whenever they were on a break – and they of us.  Our room was under the dining room and every day we would hear the loud scraping of chairs over our heads.

Our ensuite bathroom was separated from the bedroom by a creaky, thin, sliding plastic screen – one might as well have been sitting on a loo in the middle of the room for all the privacy it afforded!

OH (other half) and I have travelled extensively in France throughout our marriage. That hotel’s kitchen produced the worst French food we have ever experienced. And it is very difficult to find badly cooked French food. Even the simplest meal is normally cooked well. After our meal in the evening we would wander out of the hotel and into the town to find something to eat – that’s how bad the food was.

The hotel was quite regimented and the meals were all served at rigid times.  One memorable night OH and I were busy in our bedroom doing what most people tend to do on their honeymoons when the phone in our room rang shrilly.  “Mrs Neidle – you are late. We are waiting for you at your table!”

Sure enough, when we arrived upstairs we saw that none of the table occupants were eating. No one had been served. Every one was silently waiting for us to take our seats.  There was a great deal of tut tutting which made us feel like naughty school children.

No one liked the food but we were the only ones ever to complain.  On the last day of our holiday (which, despite the inadequacies of the hotel had been very enjoyable – who could not love Corsica?) OH found he had mislaid our room key.  The coach was waiting outside to transport all the guests to the airport. Everyone was inside it. Except for us. We were at the reception desk apologising for our mislaid key.

“Here it is!” said the hotel receptionist (in French) holding up the key. She said that it had been found in the sand on the beach.  OH and I found this quite unbelievable because the beach we frequented was about a twenty minute walk away. How could anyone find a key and know its place of origin?  We suspected that this was a put up job because they had not liked us complaining about the food, coming late to the dining room and being young.

There then followed a disagreement because the hotel wanted us to pay for a replacement key – even though they had found what they said was our key. We were told that we would not be allowed to leave the hotel until we had paid.  In those far off days – my older readers will remember – one was only permitted to take a limited amount of money abroad. The horn of the coach honked loudly. OH scraped together what little money he had and gave it to her.

She ungraciously took the money and said – and these words are etched into my memory – “If ever you return to Corsica you will be killed.”

We climbed on to the coach. More tut tutting.

Unsurprisingly, we have not been back to Corsica. And from then on we always took great care not to lose hotel keys. 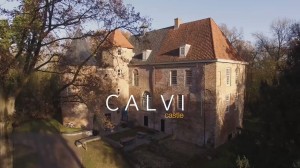 I’m a great one for making lists.  If I can’t sleep at night, I get out of bed and make a list of everything that’s on my mind.

I have even been known to make notes on a bog roll – no wonder the supermarkets are running out of loo paper!

Anyway, here’s a list that I wrote BC – Before Covid – of things to do before it’s too late.

Not to be taken too seriously!

Should I dye my hair red

and paint my toenails blue

There’s still such a lot to do

Or paddled a canoe

There’s still such a lot to do

Or even stood on my head

Or water skied on the Med

I’ve never had a piercing

Not even a tattoo

There’s such a lot to do

I’ve never bungeed from a plane

Or captained a yacht crew

There’s such a lot to do

And what about a menage a trois

A cougar I could be

Or better still an early night

I think I will go back to bed

and have a cup of tea.

I’m taking a break from blogging this weekend. Will be back on Monday. Stay well. 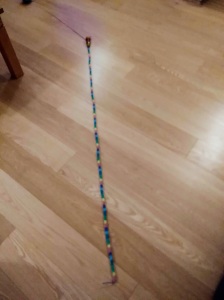 Did you see what I did there?  I have changed my blog header to Corona Virus rather than Covid-19.  WordPress mainly has readers from the USA and I don’t want them to feel left out. Hello America!

What’s more, you thought my “About Me” was all you were going to get from me today. But it isn’t.  Hope that’s a nice surprise.

I know so many people who have taken up blogging now (you know who you are).  One of my favourite blogs is from my friend Mel’s grandson, Sam, who is eleven years old. He writes about his baby sister, his cat and being bored. All in a very entertaining way.

He writes, ” … close to 60 visits so please can you tell one of your your friends to at least have a quick skim of one of my blogs because I am aiming for 100 in 2 weeks.”

It’s called CORONAVIRUS FROM AN 11 YEAR OLD – suggest you check it out at http://www.stuckindoors.net

OH (other half) and I have decided that all the TV cookery programmes are missing a trick.  We all know that the supermarket shelves are emptying of most things edible – in addition to toilet rolls which, correct me if I’m wrong, are not edible.  This is because the great British public, in general, don’t know how to cook.  They watch the cookery programmes, yes. They have the state-of-the-art kitchens, yes.  But do they cook? No!

Why not video some our best known chefs in their own kitchens (Rick Stein, Prue Leith, Mary Berry – you get the idea)  and have them suggest meals people can cook easily, cheaply and with minimum effort?  They could give tips and demonstrate some basic meals. It would be helpful if they could also recommend the basics of a useful store cupboard. For me, a bag of red lentils goes a very long way.  Lentil soup, lentil bolognaise, lentil lasagne – to name but a few.  Dried mustard is also a basic staple. Adds a real tang to cheese sauce and to gravy.  Welsh Rarebit without mustard would be rubbish rather than rarebit (whatever rarebit means).  If you get tired of this blog, I would be more than happy to post up a few recipes. Seriously. Just let me know.

I’ve already mentioned our beloved bread machine.  It is such a joy to come down in the morning to the smell of fresh baking.  People trying to sell their homes used to be told to bake a cake or some bread so prospective purchasers would get a whiff of it as they walked into the house.  It works! Or, at least, it once worked for us when we were trying to sell our home.  Now, of course, nobody can buy, rent or sell. It was bad enough during the Brexit years but now AC (after Corona) who knows?  Bring back Brexit! I would rather have three years of Brexit (which of course we did have folks) than one week of Covid-19.

On that happy note, I will leave you with the yummy wholemeal and rosemary loaf I baked yesterday. Or I would leave you with it but I regret to say, it’s all gone!

Thanks for reading thus far. See you tomorrow!